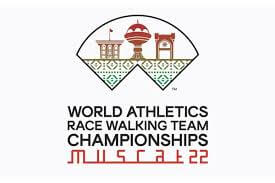 The first athlete to reappear was Dmitry Babenko M45 of Canada. He and Rodrigo Moreno Munar of Columbia M55 and Jay Prakash of India M35 had 2K splits almost the same at 10:35 minutes. The top seven finishers, who were all male, finished within 1 hour. The first woman to cross the finish line was Marina Cavello W55 of Greece who finished beside her walking mate Dimitrios Kelepouris M55 in a time of just over 1:02. All the top walkers had very consistent splits. The splits were recorded at each kilometre mark.

The second and third women to cross the finish line were: Marina Crivello of Canada W40, and Heather Carr W70 of Australia. Both had a very fluid walking style.

The oldest man to finish did it in an incredible time of 1:01:53. Andrew Jamieson M75 is a multi record and award winner from Australia.

All finishers were thankful for the opportunity to compete on the world stage. Some when interviewed complained about the slope of the course and the heat still radiating up from the pavement.

There was a full complement of officials counting laps and the Seiko matts recorded all splits at the finish line and out on the course.

The Mixed Team Awards was dominated by our new Iranian race walkers, winning third in age 35+ division, second in 50+ and first in 60+. The fastest mixed team was 35+ Team Canada made up of Marina Crivello and Dmitry Babenko with a total time of 1:55.29. 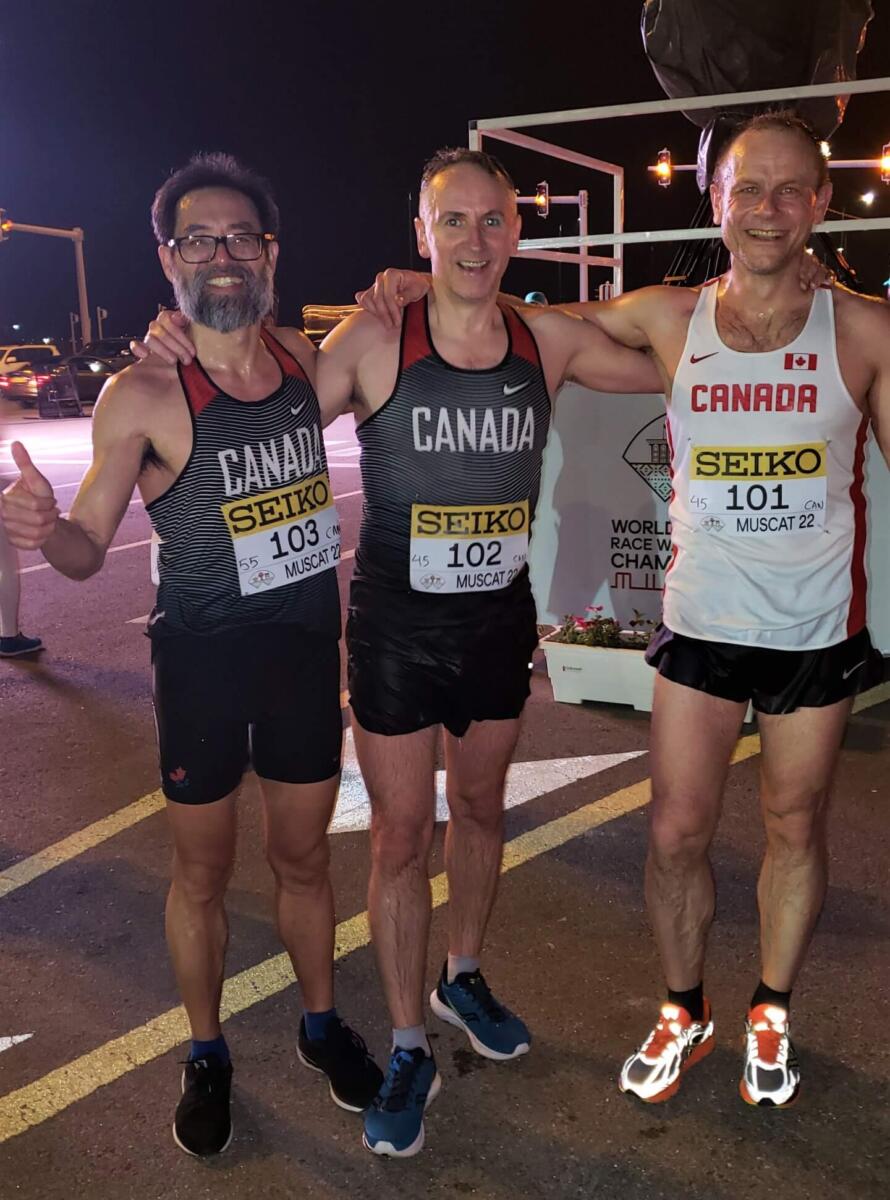 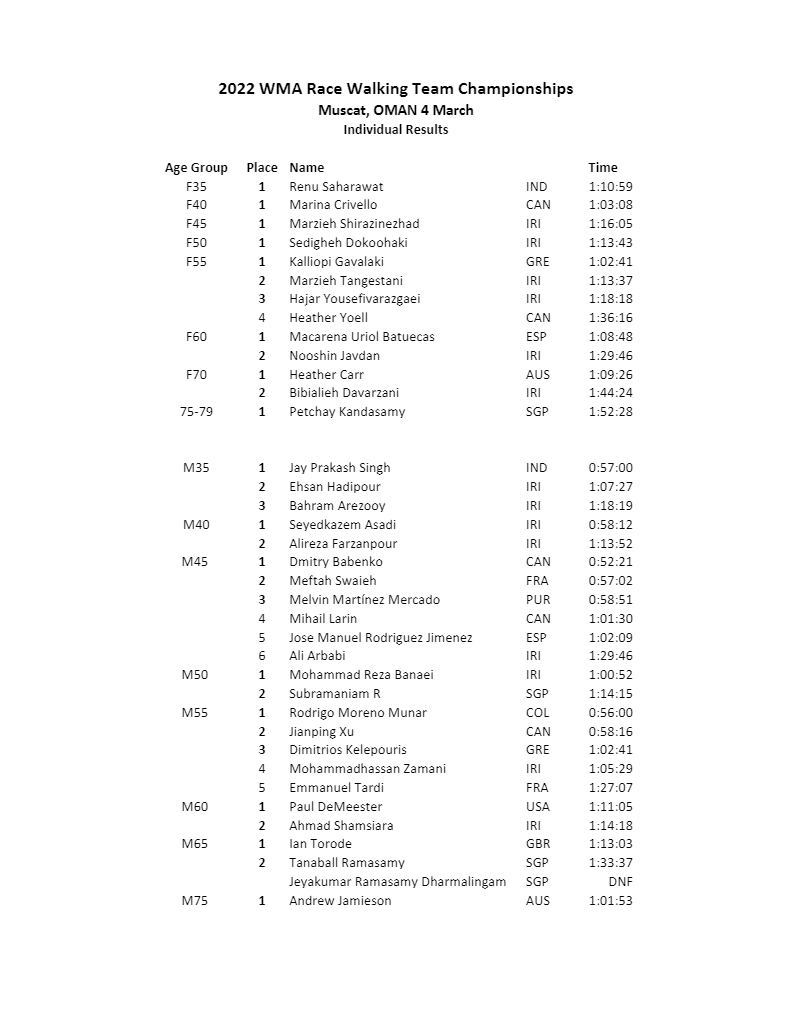