5th year of the Prague Walking Watch with a Czech record 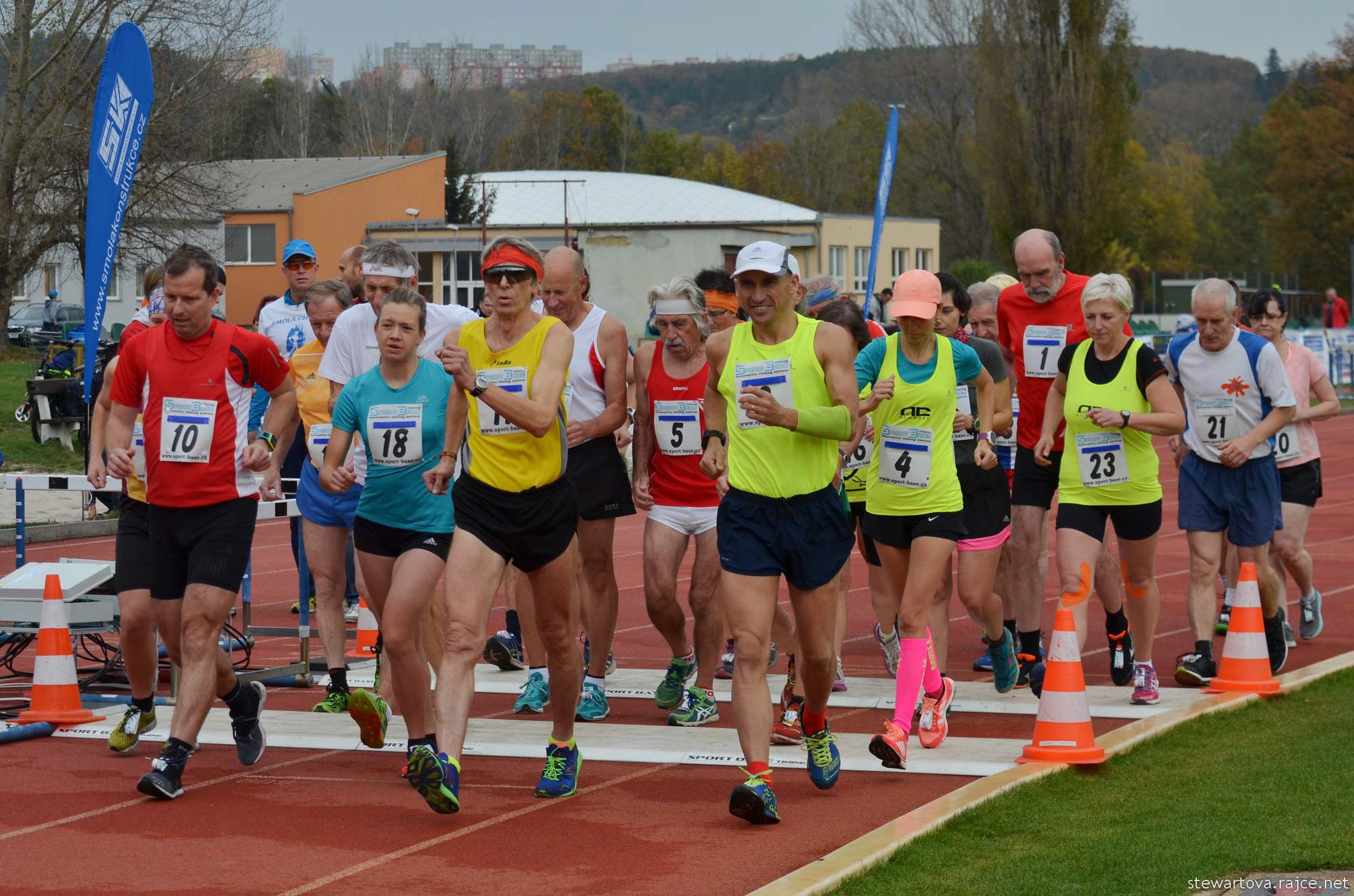 On Saturday, October 21, the 5th annual international sport walking race, the Prague Walking Watch, took place on the Olympus Prague track in Stromovka. In pleasant walking weather, 90 athletes came to the premises of the MV Sports Center, of which 41 were women and several dozen family members and friends. They competed not only in 2 races in the Chodec watch (a total of 45 starters) but also in the accompanying races at 5000, 3000 and 1000 m. Shorter tracks were announced mainly for children and young people, in which 37 took part.

In terms of sports, the company was very successful, a number of great performances were achieved. Both representatives came from Czech pedestrians and especially Anežka Drahotová did well. The fact that this race has already found its place in the calendar of foreign pedestrians is evidenced by the participation of 24 foreigners from 6 countries. Numerous expeditions came from Slovakia and Germany, very good competitors were from Italy and Poland. Members of these 2 expeditions also became premiants of their categories.

In women, the Italian Nicole Colombi (4th overall), who was only a few meters short of 13 km, with a performance of 12 m, won ahead of our Anežka Drahotová, who broke Lucie Pelantová's 994 m long Czech record by 12 m. Congratulations. Another Italian Martina Ansaldi (814 m) finished third, our veteran Lenka Borovičková fourth (717 m). The men were dominated by the great Polish Olympian Rafal Sikora, who was the only one to break the 12 km mark and with a performance of 355 m set a record for the race and probably also the track in Stromovka. The second Italian, Stefano Chiesa (10 m), withdrew at the end, but only reduced the Pole's big lead. Our Vít Hlaváč from Kladno took the bronze medal with a very high performance of 543 m. Our fourth competitor, veteran Tomáš Hlavenka (14 m), was fourth. Nice performances were shown by other veterans, who set 14 at the start of the watch. Several veteran records were set. Miloslav Lapka deserved the most valuable.

Quality performances were also seen on shorter tracks. In the 5000 m race, the younger Alan Hamzic from Nitra won with a performance of 25: 20,44, among the women she did not find a winner a year younger Veronika Fürstová from AC Rumburk, who defeated the track in 28: 11,28.

Karolína Holičová from AC Rumburk was a clear winner in the 3000 m in the student categories with a quality time of 16: 52,18, ahead of the Slovak young hope Daniela Ščepková (18: 05,68) and the successor of the Nedvíd family from Nedvídky, Katka (18: 31,16 ). For boys, participation and competition were weaker. The second in the absolute order, Jaromír Morávek from AC Moravská Slavia won with a time of 17: 21,53. Only his opponent was not allowed to start for inappropriate clothing.

16 enthusiastic children (7 boys, 9 girls) took part in the start of the recruitment kilometer. From the beginning, a bitter fight broke out between Matěj Piták and Daniel Smola, who fought shoulder to shoulder to the finish line, which they crossed at 5: 37,6. The boys showed great combativeness, but at the expense of the technique, the girls often surpassed them in a well-mastered walking technique. In other places, 2 Adéla from the Rumburk walking hatchery ran out, both just under 6 minutes. Veselková (5: 50,0) and Fürstová (5: 59,4). We can enjoy children's interest in this discipline. Unfortunately, the interest of most Czech athletic teams is still lacking. A good deed is the inclusion of sports walking in the 1st and 2nd women's leagues. For young girls, of whom there are significantly more than boys, the prospect opens up the possibility of racing. If the regions find the courage to include walking in youth competitions, Czech walking may not perish in decline.

The race was a success both in terms of sports and organizational and technical support. The organizers and judges contributed to this, but above all one of the co-organizers Pepa Smol and his company SMOLA KONSTRUKCE sro, which well sponsored and promoted the event. The technical background and refreshments at a high level were provided by another organizer, Petr Adam, with his company Rentia, a tool rental company that provided all the equipment.

The race is part of the EUROPA CHALLENGE 2017.