CHODEC BRONZE FOR MARTÍNKOVÁ. Czech athletics may rejoice at another medal at the MSJ in Nairobi. The pedestrian Eliška Martínková followed the European silver with world bronze. 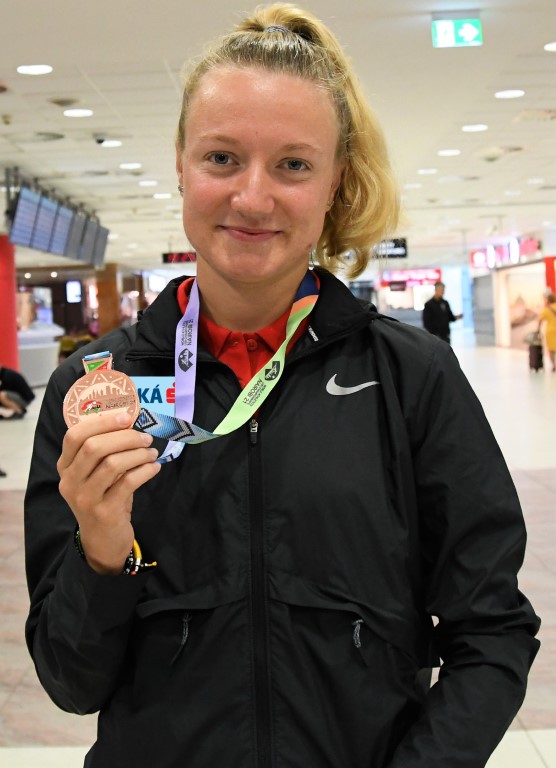 Eliška Martínková entered the top ten in Nairobi in the position of acting vice-champion of Europe, and perhaps every fan of Czech athletics hoped to win another medal, even though it was a very difficult task in the world competition. The first third of the race was led by the Indian Baljet Kaurová, who, however, was caught up in the third kilometer by a group of five competitors, in which our representative was also present. Just before half of the track, the Mexican Sofia Ramos Rodríguez decided to start. With a seven-second loss, Martínková led a four-member group of pursuers.

As Rodríguez increased her lead, the fight for more precious metals was open. Russia's Anastasia Kolchinova was the first to drop out, having to hit the penalty zone after three red targets. Subsequently, Kenyan Margaret Gati did not maintain the set pace. Eliška remained active and went in the company of another Russian representative, Jelena Sboretsova. However, the French duo was still catching up from behind, and especially the bronze medalist from the MEJ in Tallinn, Maële Biré Heslouis, looked very good, and she was Martínková's biggest rival in the final kilometers. While Sboretsov received the second target and had to slow down, which resulted in a loss of contact, the French tried to start, which Eliška was still able to capture. Our representative did not find an answer to the other one. One kilometer before the finish, however, it was more than probable that Czech athletics would win another medal in Nairobi.

Sofia Ramos Rodríguez overtook the title of world champion in the time of 46: 23.01. Although Eliška was still trying to attack the Frenchwoman, Maële Biré-Heslouisová had already defended her position and rejoiced in the silver for 47: 43.87. Eliška Martínková finished less than three seconds back (47: 46.28) and won bronze for the Czech colors. Both competitors reversed the order compared to Tallinn.

Jaromír Morávek represented us in the walking race for 10 meters of juniors. Right from the start, the Russian-French pair Dmitry Gramackov and Dmitri Durand escaped. The Frenchman Durand took care of the pace exclusively. Morávek moved the first two kilometers in a large group of pursuers. Then he slowly began to lose touch. The lead of the leading duo gradually decreased until it was definitely deleted shortly before the fifth kilometer. At that moment, there were eight more competitors. Morávek was the twentieth in the middle of the route. After 000 minutes, the Indian favorite Amit started and only the Kenyan Heristone Wanyonyi was able to capture his pace.

After a few hundred meters, it was clear that these two fighters would share the gold. They walked together to the final kilometer. The decisive moment came five hundred meters before the finish line, when Wanyonyi boarded his rival, and he could not answer. To the delight of the home fans, he then crossed the finish line as the winner in the new personal record of 42: 10.84 and won for Kenya the historically first pedestrian gold at the global athletics top across all categories. Amit took the silver for 42: 17.94. Bronze travels to Spain thanks to the European champion Paul McGrath, who decided to win this precious metal by entering about a kilometer before the finish. He also created a new personal maximum of 42: 26.11. Jaromír Morávek managed the track in the time of 45: 44.72, which was enough for the nineteenth place in the overall evaluation.

3rd round of walking to I. and II. League of Men and Women, Championship of the South Moravian Region and Championship of MaS Brno, AC Moravská Slavia Brno, August 7, 2021

MARTIN NEDVÍDEK triumphed again in the 10km league race and together with him the whole AC RUMBURK. 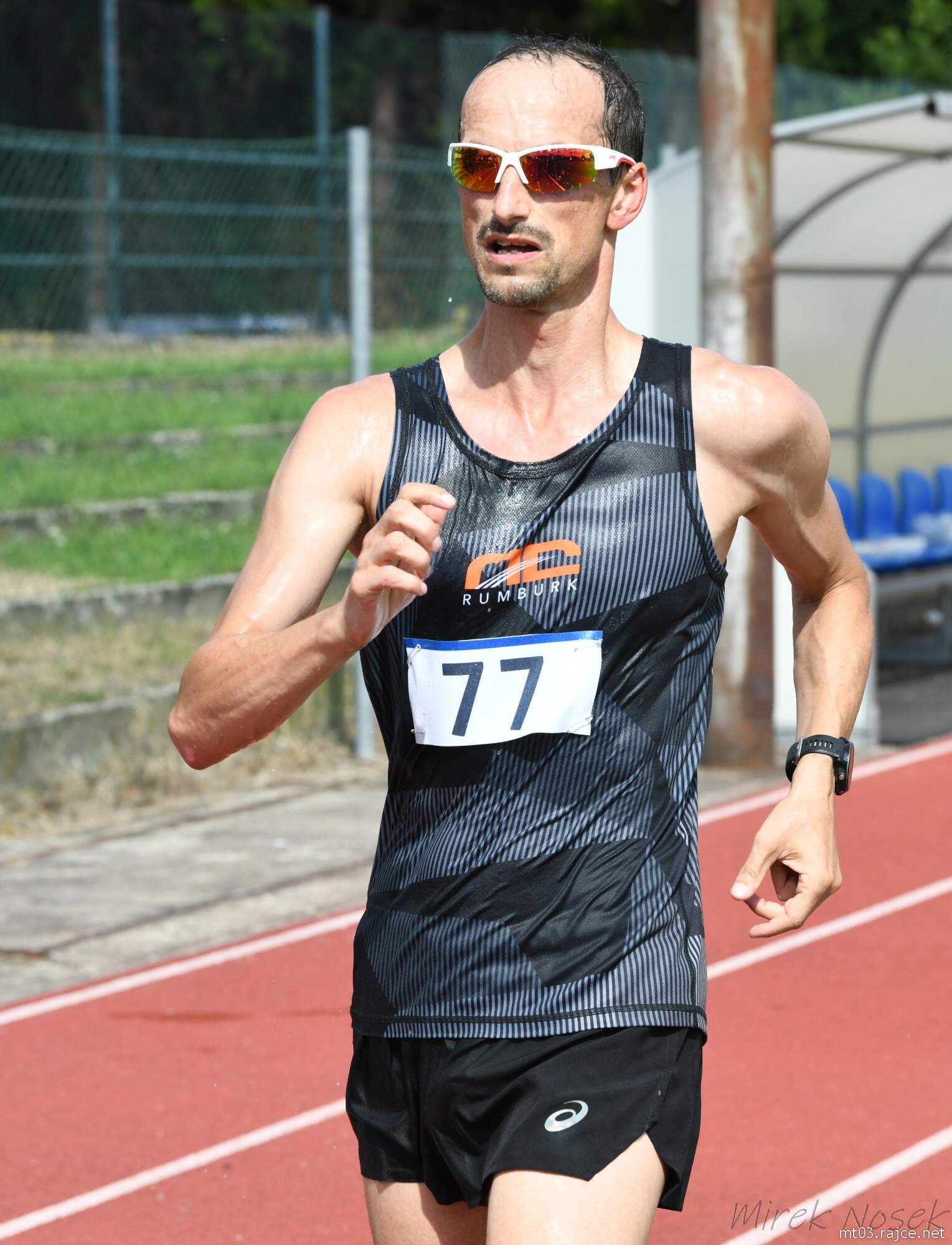 The league race for the 3rd round on the 10.000m walk on the track in Brno ended with a point triumph for AC RUMBURK. This time, the chairman of the team, Honza Rein, has already run out, so this athletic amphibian has finally fulfilled his dream and scored points in the league this year as well as in walking! Congratulations! 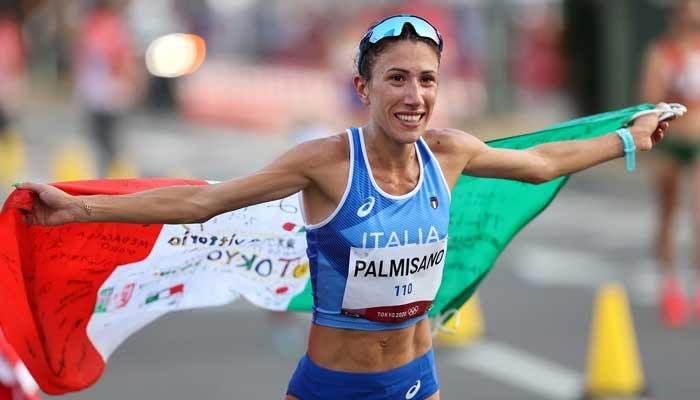 A total of 20 competitors, including the Czech national team member Tereza Ďurdiaková, started the Olympic race in women's 58-kilometer walking. After the first five kilometers, Tereza was in 32nd place with a loss of 17 seconds on the forehead. Nevertheless, she was still part of a group of almost 29 members who went together. At the top ten, her loss increased to one minute and ten seconds, but she moved up to 47th place and her split in the middle of the race was 07:45. Leading Italian Antonella Palmisan passed the top ten in 57:XNUMX and carried fifteen pursuers in the package behind her back.

Over the next five kilometers, the competitors gradually dropped out of this group, and it was on this target that only six of them remained in the fight for medals. The mentioned Palmisan was accompanied by the Chinese Hong Liu and Jiayu Yang, the Brazilian Erica de Sena, the Colombian Sandra Arenas and the Spaniard Maria Perez. Tereza Ďurdiaková fell slightly to the current 34th position.

The key moments took place between the sixteenth and eighteenth kilometers. Palmisan continued to dictate the pace with which her main sock had a big problem, and this was evident in their walking technique as they began collecting red targets. Jiayu Yang was the first to pay for it, who had to go to the penalty zone and thus lost all hope of a good result. Two kilometers before the finish, the Italian had a six-second lead over the second Colombian Sandra Arenas. The third Brazilian Eric de Sena was already losing eighteen seconds and the medal vision was melting away with the second of the Chinese favorites and the defending champion Hong Liu. 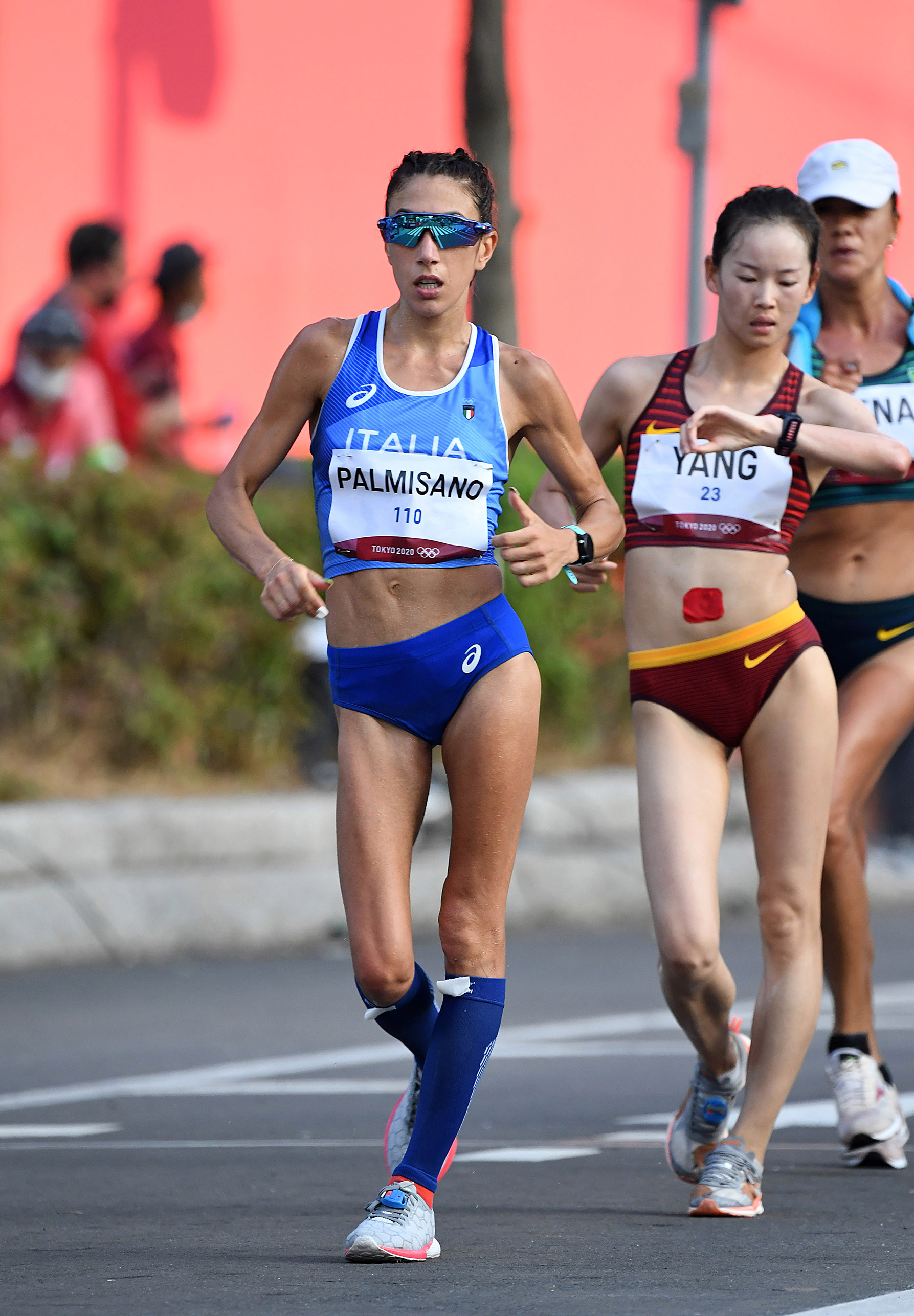 Palmisan didn't let the victory take her any longer, and after finishing just below the podium in Rio five years ago, this time she could rejoice in the gold medal in 1:29:12. Silver for Colombia was won by Sandra Arenas in 1:29:37. Erice de Sen's eyes were left for crying because she was hit by a two-minute penalty in the last lap and lost bronze, which fell into Hong Liu's lap (1:29:57). Tereza Ďurdiaková will take the 30th place and time 1:36:58 from Tokyo.

Chodecká fifty started at 6:30 Japanese time due to harsh climatic conditions. In the beginning, the world record holder Yohan Diniz was in the lead. However, it was a short episode. The Chinese Yadong Luo took care of the first serious start and was already 25 seconds ahead of the tenth kilometer. Ten kilometers later, however, he was overtaken. The turning point came shortly before the thirtieth kilometer, when Dawid Tomala from Poland disengaged from the rest of the starting field, which probably few people would expect on the medal. At that moment, the Slovak defending champion Matej Tóth began to lose contact with the leading group.

At the 35th kilometer, Tomal's lead at the head was a minute and a quarter, and he was prosecuted by a twelve-member group of pursuers. Very soon one of the home favorites Satoshi Maruo dropped out. While Tomala warmed up for the lead, Canadian Evan Dunfee played an important role in the fight for more medals, successfully tearing up the group, which narrowed to only six members. With five kilometers to go, Tomala was leading by more than three minutes and fearlessly went for an unexpected triumph. Behind him, the fight for another place on the podium flared up. Dunfee and Masator Kawano's last Japanese hope dropped out of the five. On the other hand, the Spaniard Marc Tur and the German Jonathan Hilbert had the most strength. It was Hilbert who got on his juice about a kilometer before the finish and went for the silver. Tur, on the other hand, began to run out of strength dramatically and still had to worry about a bronze position, as Dunfee caught his breath catchingly fast.

Dawid Tomala, meanwhile, calmly reached the title of Olympic champion at 3:50:08, which was a very good time due to the extreme climatic conditions and thus followed on from the Olympic primates of his legendary compatriot Robert Korzeniowski. The silver Jonathan Hilbert, who managed the track in 3:50:44, was happy with the first big medal and the Olympic one. Marc Tur was eventually left without a medal in fourth position (3:51:08). The mentioned attack of the Canadian Evan Dunfee was successful and he will hang a bronze around his neck at 3:50:59.

There were also two Czech representatives at the start. Lukáš Gdula was at the Olympics for the second time, while for Vít Hlaváč it was a premiere under five circles. For the first twenty kilometers, they walked together in a group around the XNUMXth place. Subsequently, Gdula disengaged from his colleague and built up a relatively significant lead over him within five kilometers. However, it was at the cost of two penalty targets, so he had to slow down again. Hlaváč took advantage of that and got in front of Gdula. At the thirtieth kilometer, the situation was the opposite, and the more experienced of the pair pulled for the shorter end. 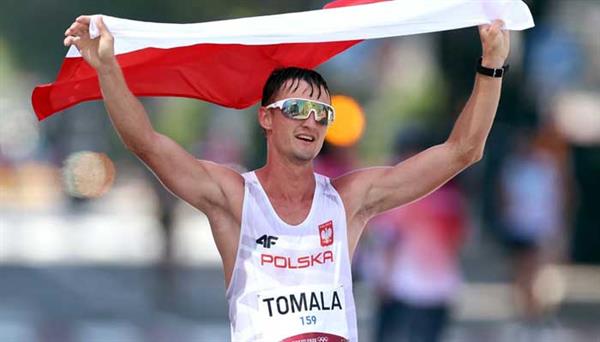 Hlaváč continued to hold somewhere in the second half of the fourth ten and walked forty kilometers to the 41st running position. Gdula was eight places lower. In the final ten kilometers, Hlaváč lost two more places and passed the finish line as the 43rd in the time of 4:15:40. Gdula finished the race in 46th place in 4:33:06.