Sternberg pedestrian Ema Klimentová fromopened the walking race at the European Championships in Jerusalem on 5000 meters at the beginning of the second ten running order. In doing so, however, she gradually fell until she reached her destination as twenty-second in 25:53.21. The Spaniard Sofia SantaCreuová won (22:46.32) ahead of the Italian Martina Sciannamea (23:15.40) and the French Léna Auvrayová (23:26.07). 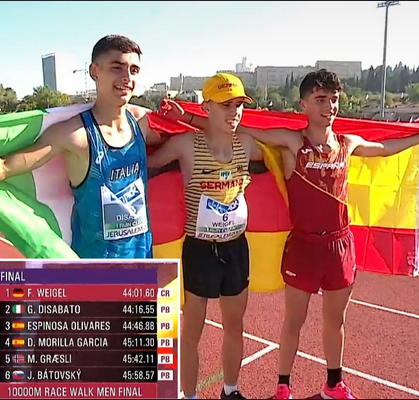 German Frederik Weigel in the 10.000m walk resisted the pressure of the Italian competitor Giuseppe Disbata to win the title of European Champion in a championship record of 44:01,60. Unfortunately, the Czech Republic was not represented in this race, because the performance of Czech teenagers has not yet reached such a level on this track. Hopefully they work hard on themselves so that next time they can not only participate, but also fight for medals!

The winner of the boys' 10-meter race walk, Frederick Weigel, is one of many athletes who come from a famous sports family. His father and coach Ronald Weigel is one of the best 000km walkers of all time, having won the world title for the then East Germany in 50 and also has three Olympic medals.

"My dad is also my coach, currently in the United States. Yes, he motivates me, but I have an opinion about the sport. He doesn't really control me. I think he will be proud of me and probably stay up late to watch the race" said the victorious Fredrik Weigel. 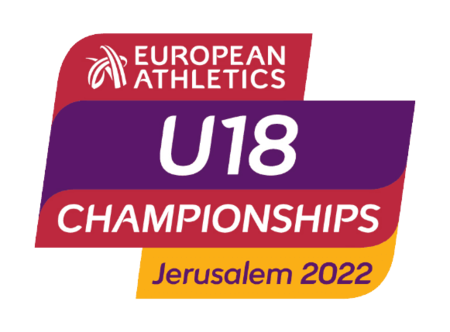