Sport in the context of genocide. It has not yet happened that the Olympics will be organized by a country suspected of committing genocide.

XXIV will be inaugurated in Beijing today. Winter Olympics. Fourteen years later, the global sports mega-enterprise is once again taking place in a country that has long been criticized on the international stage for human rights violations. 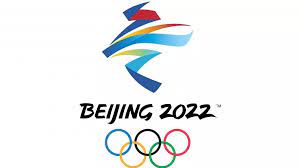 The actual organization of the Games in the People's Republic of China is causing controversy. Western countries are announcing a diplomatic boycott athletes also come with criticism. Looking at all the possible violations of international law that China has committed in the last five years, it is surprising that the International Olympic Committee (IOC) and its global sponsors have not taken such a country away from the organization - regardless of the issue of genocide. Persecution of journalists, use of technologies to monitor citizens, forced labor, arbitrary detention and torture of members of ethnic minorities, repression of liberties, prosecution of persons exercising the right to freedom of expression and long-term persecution of human rights activists. These are just a few areas of violation of international conventions.

The question arises as to whether the IOC should not consider dissolving it.

According to the Olympic Charter, Olympism is "a philosophy of life, uplifting and balancing together the ability of man, the will and the spirit." Olympism seeks to create a way of life that is based on "the joy of effort, the educational value of good practice, social responsibility, and respect for fundamental universal ethnic principles."

It is not at all clear how the Chinese Olympics will contribute to "the harmonious development of humanity in order to create a peaceful society that seeks to preserve human dignity." In a country where human dignity is currently being trampled on and belittled, soaring words about fair play, respect, reverence and understanding between the nations of the world will be heard in the speeches .......