The women's 50km walk at the Tokyo / Sapporo Olympics is deadlocked

The pedestrians want XNUMX at the Tokyo / Sapporo Olympics, but their efforts are deadlocked. CAS in Lausanne rejected the case !!!

The effort of a group of pedestrians seeking to include the women's 50km race in the program of this year's Tokyo / Sapporo Olympic Games (walking and marathon) is deadlocked. The CAS sports arbitration in Laussane, to which the eight female athletes, including the former pedestrian world champion Ines Henriques, turned to the distance, rejected the case on the grounds that it did not fall within its jurisdiction. The Walking Fifty is the only race in the athletic program of the Olympic Games in which only men fight for medals and women have no counterweight. 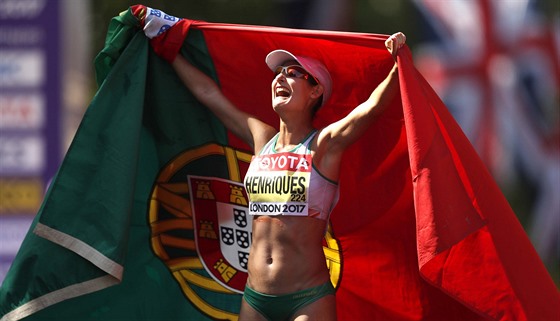 The Women's Fifty has been on the program of athletics championships since the 2017 World Cup in London. Seven pedestrians started there at the marathon distance and four ran out. At last year's European Championships in Berlin, nineteen took part in the start and fourteen reached the finish line. Portugal's Henriques won both titles. In March this year, the Chinese Liou Chung was the first woman to get under four hours, improving the world record to 3:59:15.

Last year, the IAAF tried to get a woman in her 2017s into the Olympic program, but failed. The schedule of games in Tokyo was completed in June XNUMX, ie before the August premiere of this discipline at the World Cup.

At the beginning of April, American lawyer Paul DeMeester sided with the pedestrians, who considers the absence of 2008 to be discriminatory. According to him, this contradicts the Olympic Charter and the women's XNUMX should have been at the Olympics since Beijing in XNUMX. He suggested that women complete the track together with men, they would only have a separate classification. No new race would be added to the game program.

The lawyer pointed out that the differences between the world records in the pedestrian in the 3s are similar to those in the marathon. The male maximum is held by 32:33:XNUMX Frenchman Yohan Diniz.

If the women's walking 2020 were not subsequently included in the Tokyo Olympics, the athletes would not have to get another chance under the five circles. The IAAF Council has supported the changes proposed by the Walking Commission, which envisage the exclusion of the XNUMX from the program of top world events after XNUMX. The world's leading pedestrians, including the Olympic champion from Rio Slovácko Mateje Tóth, are protesting against this.